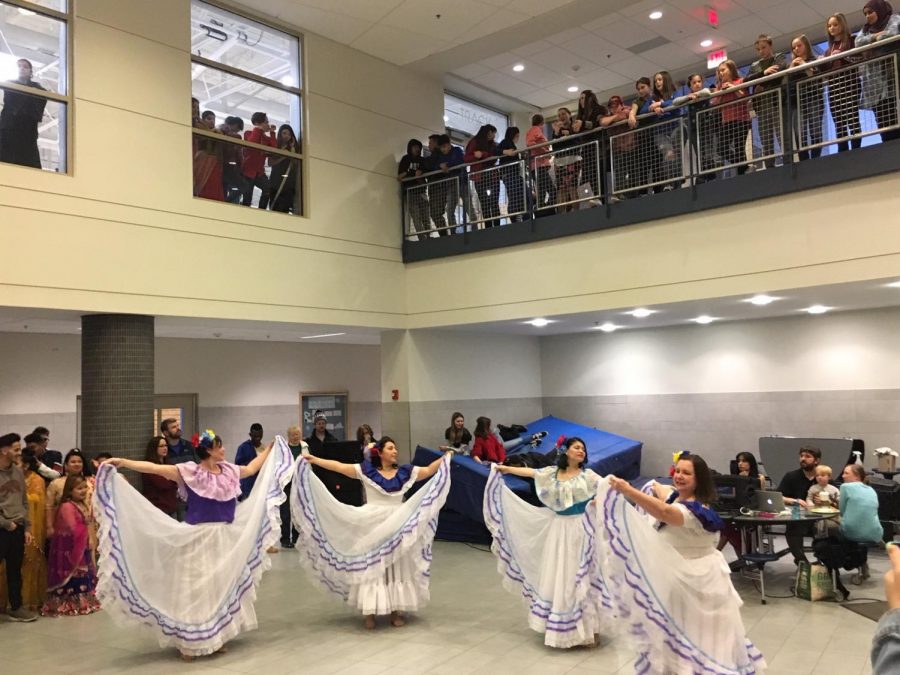 The History and Heritage Fair is an annual event that celebrates the diversity in the West Springfield High School. In years past, it has always been hosted by the History Department. This year the Foreign Language Department was officially invited to contribute too. There are a total of 49 different nations represented in our district alone and a total of 43 different languages are spoken. This event gave students, family, and teachers an opportunity to appreciate the many different cultures that surround and make up the community.

The fair offered students a new way to appreciate the many different cultures represented in our school. Teachers from the History and Foreign Language Department encouraged students to bring foods that represented their culture. The cafeteria was packed. All of the food was gone within a half hour. There were many different dishes that students brought such as standard American foods, Spanish foods, Asian foods, and Indian foods. The Nepalese dishes and tamales were popular. “I enjoyed the Spanish food the best. I also liked the pernil. It was a food I’ve never tried before,” said Sierra Fenton, WSHS junior

Around the cafeteria, history projects that students made about a variety of countries, time periods, and historical events were displayed to educate attendees about students’ homelands. After eating, everyone gathered to dance. There was a special performance by Grupo Folklorico Tradiciones. They are a professional local dance group that performs traditional dances from Columbia and Puerto Rico. The five women that danced wore customary dresses for each of the five dances. The Foreign Language Department sponsored them to come. “I love the History and Heritage Fair because I have an extreme interest in intercultural relations. And I love to bring people together to celebrate their differences and learn about their similarities,” said Mrs. Garcia, a Spanish Teacher who brought the team into conversation. In addition, the World Language Club ran a contest. The club translated the sentence “we speak in many languages at our school” into fourteen different languages and students had to guess which language they believed was being spoken.

This event gave everyone an opportunity to try cultural dishes along with a chance to gather with family and meet new people. “I think it is a wonderful event. Not only is it a fantastic venue for the students but also for the parents as well,” said history teacher Mrs. Blazejowski. West Springfield is a very diverse community and with that, the History and Heritage Fair represented the many different customs and values found in the town.