A Familiar Face Is Back On Patrol 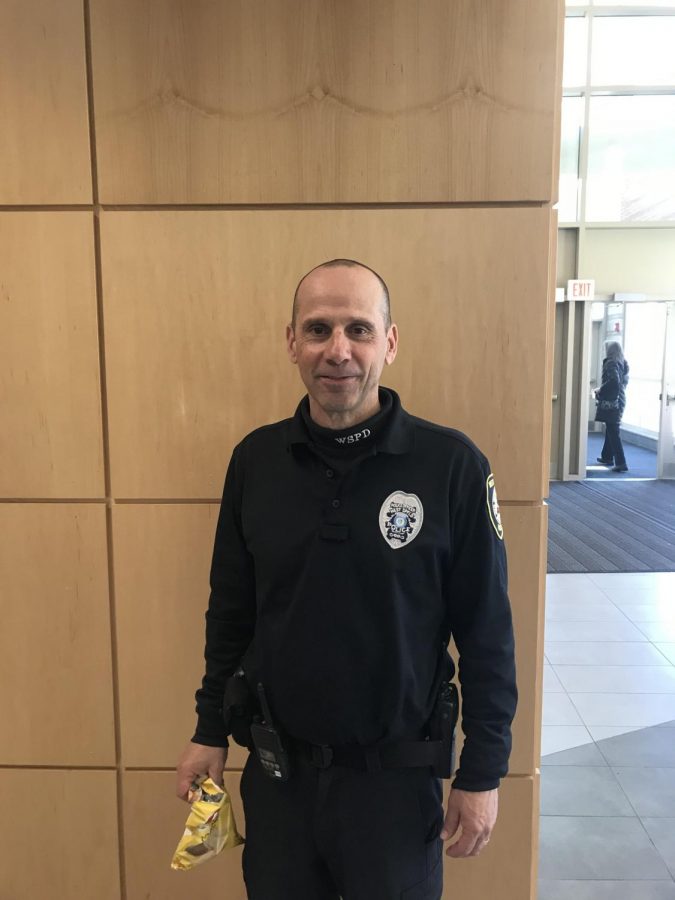 (Photographer Molly Kennedy) Officer Mattina returns to the hallways of West Side after 12 years.

This January, a new yet familiar face in uniform was welcomed back to West Springfield High School. Officer Matt Mattina has returned in place of Sergeant Robert Wise, the former School Resource Officer. After working as the SRO from 2002 to 2007, Officer Mattina returned in January of 2019.

Officer Mattina has many important jobs within the school. He is responsible for assisting the school with investigating crimes, if they are committed at school or on school property. Violent and verbal crimes are common school crimes SROs’ deal with. Mattina also has a hand in all safety drills such as a lockdowns and shelter in place.

Mattina started in the police force in 1996 and originally became a police officer because it was a steady job. He later found he really enjoyed it.

said Mattina. He served as a member of West Springfield’s Detectives Bureau for 12 years. In 2007, he left because his daughters began school at WSHS and as a school resources officer, your children cannot attend the same school you are on duty at. Now, twelve years later, Officer Mattina is pleased to be back at his job at WSHS. ”The best part is about my job at the school is working with the kids,” he said.

The nature of work he does has changed as the times have changed, especially when it comes to the problems he deals with among students. Mattina now deals with a lot more social media related issues than he did previously. The internet has changed a lot of what he deals with daily. It becomes harder to track people down because on the internet it is very easy to be anonymous. “It is harder to tell who’s saying what and who’s doing what,” he added.

Outside of work, Mattina can be found walking his dog during his free time, an activity he loves to do almost everyday. He also has a lake house where he enjoys fishing and spending time with his family. Officer Mattina’s commitment to doing what is best for the school and assisting in keeping the students and faculty safe is his first priority.