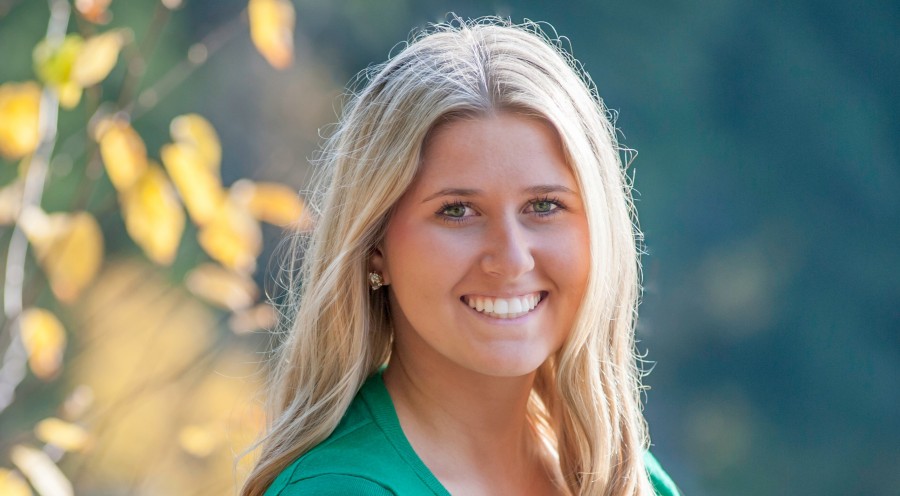 Katherine Kraver is a West Springfield High School alumna from the class of 2008. Not long ago Kraver was in your same shoes. She is an example of someone who has taken the opportunities life has handed her and made them her own. She made her dreams happen and hopes to see the same in future generations.

When Katherine Kraver graduated from West Springfield high school, she left clueless as to what career path she would take. Kraver attended Westfield State University unknowing of what major she was interested in. The first two years were tough and she felt indifferent about higher education, “I wanted to go to beauty school for six months since it seemed like the easier option.” She felt intimidated when taking the mandatory core classes wondering when she’ll find her place. It wasn’t until her Junior year when she was fully engaged in her Education classes and had actual experience in a classroom.

For a semester, WSU gave her the opportunity to study abroad in Costa Rica. Kraver’s focus in Elementary Education allowed her to spend time with students in a school. She taught and spoke with these kids solely in the little Spanish she took from her days in high school. Although difficult at time, Kraver felt secure about a future profession in teaching after a special field trip she took the students. She took them down their mountain where they lived for the first time to try pizza.

It was no doubt that she’d be back learning and experiencing the culture of another country the next year. During her senior year of college Katherine Kraver went abroad again to a very different place from Central America– Jordan in the Middle East. There, she observed the hardships of individuals living in refugee camps.This trip was an enlightening one for her, “You see these people living in one room dirt homes and they are so grateful and happy to be with their families.” Kraver came back from this trip humble for everything she has in America. Trips like these were life lessons for her.
“A mind that is stretched by a new experience can never go back to it’s old dimensions.” – Oliver Wendell Holmes, Jr
Katherine Kraver shares that she is shaped by all that she has seen from the perspective of how other people live in faraway nations. She has seen some of the worst in the world and gives back to her own community as much as she can whether it’s paying for someone’s Starbucks or mentoring a Little Sister.

The following year Katherine Kraver became Ms. Kraver at Coburn Elementary School. Being a leader for the students she had in her classroom came naturally. For most of them, English is their second language, “I sympathized with a language barrier like when I struggled speaking Spanish to the kids in Costa Rica.” Because of this, she is now working towards her Masters Degree in reading so she can further help her students. This is just one example of how travelling has made her the teacher she is today. She continues to travel and visit more destinations as a way to understand her students backgrounds which she feels is very important– a lesson she teaches her students. She shares, “Kid’s can be mean if they don’t know where their peers come from and why they act how they do.”

Kraver is fond of telling stories about all the people and kids she’s met on her trips that have touched her heart. Her colleagues thought it would be clever to capture her experiences in book form. She ran with this idea after being influenced by her friends, “I am currently writing a series of children’s books about each country that I visit, with the objective of teaching readers of all ages about different aspects of the world. I want to transport my readers to the unique locations that I have been to in order to teach them about current events and happenings.” The first fictional book It Was Just A House that came out last December takes place in Jordan and follows a young boy whose family is living in a refugee camp. The child reader can relate to the message of being reminded of home by simply getting a smell of your mother’s tastiest recipe– freshly baked bread. Kraver’s second book The Boy With The Red Shoes will be released sometime this year. It is set in Haiti and carries a deeper meaning of giving back, especially after the 2010 earthquake. The third book that is currently being illustrated and said to release in 2016 is about her trip to Costa Rica and the children in the school.

When Katherine Kraver was in Elementary school she was affected tremendously by a former teacher who she still gives thanks to today. Her fourth grade teacher helped her with learning challenges like no other teacher has before. Kraver would say that others have swept her along with the other students instead of sitting down and tackling her reading problems like this one has. Kraver would have achieved her goal if she too inspires a student one day. “Teachers don’t understand how far they can reach out to a student. They have potential to change lives.” Today, Katherine Kraver attends her students’ sports games on the weekends and does everything she can to positively influence them.

Katherine Kraver passes on the message that you can achieve anything you put your mind to no matter where you come from or what challenges you may face.