West Side Stories: A Girl’s Brave Journey Across the World 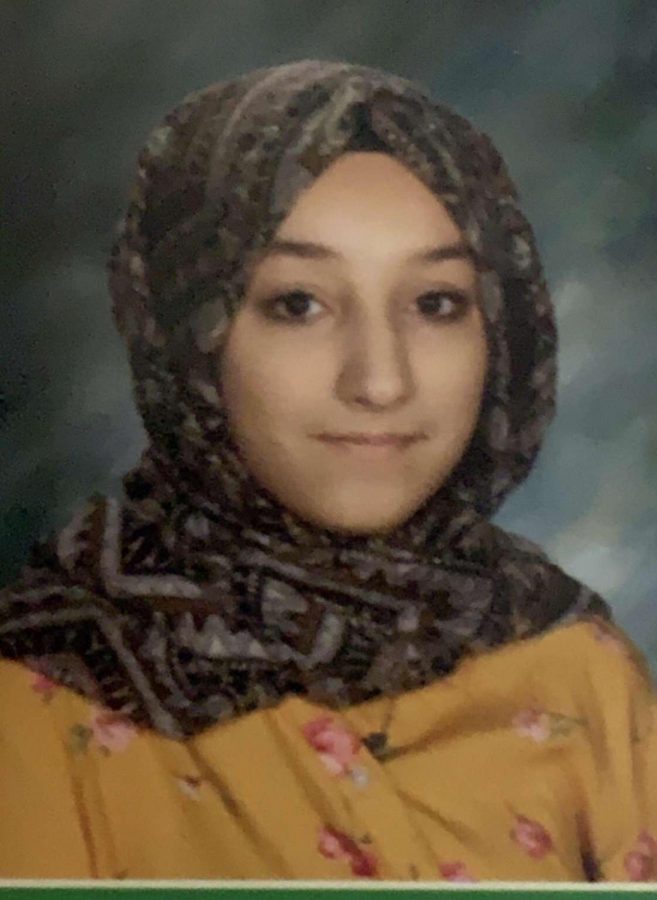 Sera Al Bakaa, a senior at West Springfield High School, has survived unimaginable struggles throughout her life as an immigrant.

West Springfield is a “melting pot,” with many people from diverse backgrounds and countries. The US Department of State reported that West Side had the third highest number of refugee arrivals in the state from 2010-2017. As of last year there were over 250 refugees in the school district, and currently there’s around 90 students in the English Learners program at the high school alone. There are different levels of English classes based on the student’s English-speaking abilities. Many students come and find no one at the school that speak their language and have to pick up English quickly. Teachers sometimes can’t understand the students’ languages and have to teach English by just using motions to translate. Refugees come to this school district, shocked by the new culture and atmosphere, and often are haunted by their rough pasts. Here’s one story of a refugee named Sera Al Bakaa at our school. Keep a lookout for more stories of refugees in our coming issues.

She goes to school everyday and then goes straight to one of her three jobs. When she gets out late at night, she has to go home, usually walking far distances, and cooks and cleans for her family. Sera Al Bakaa, a senior, has had little of a childhood, as she has been doing this since she was fifteen years old, and many of the circumstances she faced as a child are unimaginable for many. Sera has been given little opportunity and strives everyday to make the most of what she has. “Never judge a book by it’s cover. You never know what someone is going through,” Sera said.

Sera was eight years old when her father was kidnapped as they were walking to the grocery store in Iraq, her birthplace. Her family still has no idea who took him, and they tried everything they could to get him back, but it was little use. They never found his body. Her youngest sister, Nooral, was just a baby at the time. Fatherless, she and her mother and two sisters moved in with her mother’s family. Due to issues between her uncle and mother, they left and moved to Syria where they would stay for two years.

She was twelve years old sitting in her history class in Syria when she heard explosions. There was a bomb in her school. The school split in half; rubble was everywhere. When children and teachers started running out, people involved in the civil war in Syria started shooting at everyone. Her mother ran to the school to save Sera, and they nearly got crushed by the ceiling.

“I had two friends who meant the world to me since I came from Iraq. They were like sisters. They got shot in the head a foot in front of me. Their blood was on my face,” Sera recalled, with pain in her voice. Her younger sister’s classroom had collapsed, and her mother and her had to extract her from the window. When they got home, they packed a few bags, and the family of four fled to Iraq, barely making it out alive.

They stayed with her mother’s family for a short period before they left for Turkey. “My life in Turkey was so hard. We had nothing. In our home we only had mattresses on the floor. We had no heating system only a fireplace,” Sera explained. She stayed in her room for three months, not speaking to anybody: “I was so sick. I just couldn’t get the image of my friends out of my mind,” she continued. Sera’s mother eventually talked to her and convinced her to go to school. After Syria, she was very scared of people, and she also couldn’t speak Turkish. At that point, she could speak fluent Arabic and rough English. A religious teacher at her school that spoke Arabic taught her Turkish, and she even taught him more Arabic. He became like a second father to her. In the morning, Sera and her sister Yanar would run to school to warm up because they were so cold. Her teachers saw them and talked with their mother. They all brought the family furniture and helped them out. She made a lot of new friends afterwards.

In Turkey, her mother applied to The United Nations High Commissioner for Refugees (UNHCR) to be able to go to the United States. This a program by the United Nations that protects refugees by assisting them in local integration or resettlement to a third country. Her mother had to apply to the UN twice. During the first interview, the UNHCR agent threw her mother’s passport in her face. After three years, they were approved and moved to the United States and received green cards. Sera enjoyed her life in Turkey and didn’t want to leave her friends, but she had to go.

The family arrived in the United States in 2015, and Sera entered seventh grade at West Springfield Middle School. It only took her a year to learn English. “I was surprised when I came here. This school looks like a college, even the middle school did. Schools look nothing like this in Iraq and Turkey,” she said. At the middle school, teachers would collect money and gifts for her and her sister Yanar. She had difficulty fitting in at the middle school and in her community, and missed Turkey. “People are always the same,” she said.

Sera, now eighteen, has been the only one working in her family since they arrived in the United States. Her mother is very ill, she has unstable blood which is a condition that runs in the family. After her mother gave birth to her youngest sister in 2006, Nooral, who is now at Colburn School, her leg stopped working for a year until she received care. She takes a lot of medication and is constantly in and out of the hospital. Sera spent most of her sophomore year in the hospital with her mother, for her mother was about to die due to a clot next to her heart. For that reason, the senior has had to carry the weight of her family on her shoulders for years.

Along with caring for her mother, she works at a supermarket, and she housekeeps for people. She was a manager at Subway and worked there for years until she recently quit. She also worked at a grocery store in Monson and a pizza shop in Worcester. She’s now trying to find another job closer to home because she has to walk most of the time to save money. Sera longs to get her license and get a college education. She’s hoping that she can go to community college next year. Her dream is to become a cardiologist. This is due to her friends that she lost: “At the time, I couldn’t do anything to help them. I don’t want to be useless like before,” Sera lamented. She finished, “I want to be successful in my life. I want to help people.”