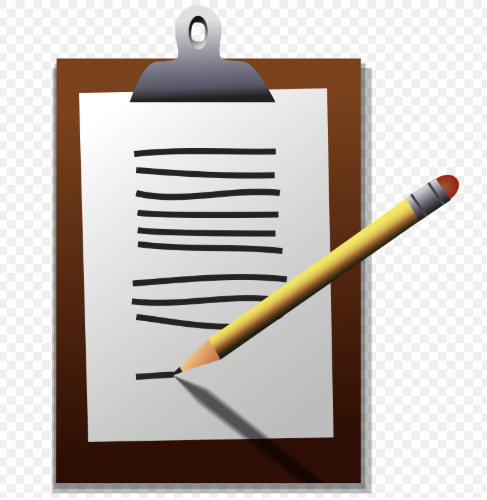 Do you think editing one’s body for photos is a creative outlet or a misrepresentation of ourselves? Explain.

“It’s definitely a misrepresentation of who people are. People should be allowed to express themselves but altering images of themselves compromises their authenticity.” -Lola Casillas, Junior

“Personally, I think that it depends on the way you use the editing apps that determines whether it is a creative outlet or a misrepresentation. If it is being used specifically to alter the way you look and make you look different than you typically do, then I think it’s a misrepresentation of ourselves. However, if it is to add doodles, stickers, filters, make collages, etc. then I think it is a creative outlet since you wouldn’t be really changing what you look like, it’s just adding more creative details.” Taryn Rogers, Sophomore

“I think it is a creative outlet because it allows people to express themselves in a way they physically cannot. Although some people use it for the worse, I feel as though it ultimately allows one to express their style, their feelings, and their wishes and desires in a new and inventive way.” -Kathryn  Lynch, Sophomore

It can be a creative outlet, but this also has the potential of creating body image issues within the users from them feeling like they need to alter themselves somehow to be accepted by people. -Ryan Price, Junior

Do you take pride in your school? How do you show your school spirit?

“I do take pride in my school. I dress up for the school or game-wide theme and help promote positivity and good sportsmanship along with others.” -Roman Conca, Sophomore

“Not exactly. I do Track & Field, and I take tons of pride in working to keep myself in good shape and supporting teammates. But for school and all it’s just ‘whatever’ to me, I go either way. I don’t show it that much, but that doesn’t mean I hate my school or anything like that, it’s just ‘ehh’ to me.”  -Hayden Kostanski, Senior

“I do take pride in my school. I joined student government (both freshmen and all grade levels) to better enhance the school.” -Aidan Gagne, Freshman

What are the benefits and disadvantages of binge watching TV shows?

“A benefit is that it can be relaxing and take your mind off something that’s bothering you. On the other hand, it can be a waste of valuable time that could be used to study, catch up on sleep or going outside.” -Niamh Ginty, Sophomore

“Mostly disadvantages because its taking time away from doing something valuable such as studying, reading, hanging out with friends, doing sports, etc.” -Antonia Perakis, Senior

“The benefits are you can finish an entire show and not wait and the disadvantages are that  you no longer have any shows to watch after you finish.” -Agraha Baniya, Sophomore

Do you think the traditional disciplinary actions (IHD or suspension) taken when students break the rules deter students from breaking them and help offenders learn from their mistakes?

“I think it depends on the student.  For some students, getting one of these consequences makes them realize that they’ve crossed a line and they need to do better in the future.  For other students, I think it just reinforces the idea that school is not the place for them, ‘the man’ has it out for them, etc.” -Mr. Brown, English teacher

“Definitely not. Most people who get Detention and IHD think it’s a joke. They don’t take it seriously so they keep making stupid decisions over and over again, never learning their lesson.” -Emma Counter, Senior

“I believe that it does for the time being, but then they will just go back to doing the same actions.” -Mark Legarda, Junior

If you think traditional disciplinary actions aren’t teaching students their lesson, what do you think would?

“If they play sports suspend them from participating, same with clubs. Maybe make them participate in community service if they keep making mistakes.” -Emma Counter, Senior

“It doesn’t matter what the school does if parents don’t care and don’t discipline their children themselves.” -Declan Morgan, Sophomore

“I think that they should have more warnings than automatic detentions and IHDs and they should really understand the situation before getting in trouble for no reason. Then it should be notified with parents that they have been disrupting class, or they have been late to a class a lot after warnings.” -Bakhita Mousa, Sophomore

“If a student does something wrong, whether it be minor or serious, I think the students parents should be contacted or brought in to talk about what occurred. Most students or people in general have respect for their parents and their word so usually the student or child would learn more of a lesson if the parent was contacted.” -Colin Ryan, Sophomore

Do you believe taking measures like banning “single use” plastic bags have an impact on the environment?

“I do believe that banning “single use” plastic bags have an impact on the environment. If everyone on Earth avoided using just one plastic bag, that’s about 7.7 billion plastic bags being saved and not thrown into landfills, being littered on the ground, polluting bodies of water, being eaten by animals, etc. So many of these plastic bags are manufactured each day, never mind each year. The creating of these bags uses fossil fuels, adding to the climate change issues. If the use of these bags was ended entirely, the production of them would be pointless and hopefully end. The end of the production of these bags would reduce the amount of fossil fuels burned, pollution, and help begin to minimize climate change.” -Taryn Rogers, Sophomore

“Yes, because it fills up so much space in landfills, and if we stop using them because everyone uses them we would see a huge change. If everyone did this simple task of not using them then all together we can help the environment.” -Niamh Ginty, Freshman

“I do not think measures like banning “single use” plastic bags will have a huge impact on our environment. Of course they are not the best things for our earth, but they are something that so many people use and have so many purposes for that I think it is dumb to ban them. If it is truly a concern, people would simply have to enforce the proper disposal rules of the bags. The convenience they come with is far greater than that of damage they do, and I think banning them would not even play that big of a role on the environment.” -Katie Lynch, Sophomore

“Of course. Anyone who thinks otherwise should do some actual research before forming a dull-minded conformist opinion. The Earth needs more than banning single use plastic bags, but it’s still a step in the right direction.” -Ethan Garstka, Junior

As public figures, do celebrities “owe” their private lives to the public or should they have the same right as anyone else to privacy?

“Obviously, celebrities and public figures hold the same rights as anybody else hold. Yes, as public figures they knew that they would get a lot of attention and would be spotted down my people, fans and etc. But that doesn’t mean their whole life has to be put out to the public for all to be a part of. Like all, we want communication but there are times where privacy is just necessary.” -Valerie Ferrer, Sophomore

“I believe privacy is something, to some extent, that is given up in exchange for celebrity.  Celebrity by definition carries public awareness of oneself/persona/image.” -Mrs. Bard, School Counselor

“No one “owes” their private life to the public, even if they are a celebrity. They have a right to privacy just like everyone else, but celebrities should realize that because they are famous, people are going to wonder about and question their personal life. They should not get angry when people question things about their personal life that they don’t want to share, because it is bound to happen when they choose to be in the public eye.” -Maya Zadie, Senior

What do you think would help improve student attendance at WSHS?

“Stricter policies and making school more interesting. Unfortunately, we are competing with so much amusement the teens have access to.  We need to give them a reason to be here. Parent support would also help.” -Mrs. Svec, English teacher

“Maybe semester or quarter raffles for those with the best record of attendances.” -Roman Conca, Sophomore

“Make school more interesting. Let us have some free time outside every day, or maybe classes outside when it’s nice. Or maybe do educational field trips throughout the year.” -David Exware, Junior

“I think if school days started later, then students would be more likely to come to school when well rested.” -Jason Fuentes, Sophomore

“Nothing, if a student does not want to come to school then that is their choice and they can deal with the consequences. For those who do come they are rewarded with what they learn.” -Armand Roy, Sophomore