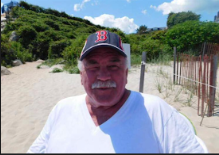 Local vietnam vet shares his story of war and his return home.

When the United States entered the Vietnam War in 1965, thousands of 18-year-old boys were drafted or volunteered to fight for their country. Thomas Gavin, an 18-year-old volunteer, barely on the edge of adulthood, was one of the thousands of young boys who experienced war. He had not known the future ahead of him. The Vietnam War was one of the most controversial, unsupported wars in United States history. Due to this, the men were selected by a lottery draft. Each date of the year was printed on slips of paper and then placed into a deep glass jar. The slips were drawn from the jar and those registrants with the birthday were then drafted. When Thomas Gavin was drafted, he was eager to fight and felt pride for his country. The protests and violence that erupted due to disagreements in the United States about the war were terrifying to those returning. For most veterans, the fact that they could fight for their home was more important, and they only wanted approval from themselves, not others. Mr. Gavin, a now West Springfield resident, experienced war first hand and shared his experience.

At 18 years old, Thomas Gavin stood on the grass of Northern Vietnam, looking out at the horizon. “They handed the boy in front of me a shovel and told him to try his best to survive,” he recalled. The lack of materials and information from the government during the war was heartbreaking for those who were fighting. “When I first got there all the guns misfired. The bunkers were still above ground, so we had to dig and bury the bunkers ourselves.” The war and physical exhaustion were not the only challenges the troops faced. “They have what they call rock apes, they used to pick up boulders. It’s like a gorilla.” Rock apes, giant rats, snakes and insects were all life threatening obstacles the men needed to face on a daily basis.

While the young soldier was stationed in Northern Vietnam, near the city of Hue, he was attacked by the Vietcong. When their forces attacked, it was known as the Tet Offensive. The Viet Cong attacked multiple highly populated areas in Northern Vietnam at the same time as a surprise. The city of Hue had shrines and places of worship within its 20-foot tall 4-feet wide stone walls which would be controversial to destroy. However, there were Viet Cong hiding within the city. Gavin recalls being attacked and fighting for his life as a ground troop during the Tet Offensive. “The city was all sacred, so [US troops] couldn’t bomb it. So they had us go in on the ground, going door to door, house to house.” The troops in Hue were alone in the fight, but managed to conquer the city. The Viet Cong in the city were not the only concern of the US troops. There was a city of underground tunnels built by the enemy laced underneath South Vietnam, causing surprise attacks and constant fear.

After a year at war, Gavin returned home. His time stationed in Vietnam was over and his injuries of shrapnel from explosives were harmful to his well being. However the physical injuries were not the immediate concern of many veterans upon their return. “Imagine seeing people on T.V. and the radio who are against you, how would you feel?” The protests and violence erupting within the United States were a threat to many. After fighting a long, strenuous war, the soldiers would return home to no respect and quite the opposite of what they expected. There were no resources or benefits for veterans and the government did not take responsibility for many injuries until 2010. “People back here were protesting the war, a friend of mine got off the plane in California and some lady shot him…after he spent all that time over there without a scratch on him.”

In this time, the common condition post traumatic stress syndrome (PTSD) was known as shell shock syndrome and not taken seriously, nor treated. Many soldiers, like Gavin, were told their nightmares, anxiety, and their physical and emotional trauma would go away in a few years. However, this was not the case for many men. PTSD followed veterans into adulthood and still affects them to this day. Mr. Gavin’s PTSD symptoms include exposure to death or injury of self and others, recurrent intrusive thoughts four to five times a week, night terrors, flashbacks, hallucinations, illusions, and hypervigilance. A medical document from an examination of Mr. Gavin’s condition concluded, “his PTSD is such a severity it has produced occupational and social impairment.” Not only are soldiers burdened by the effects of war but also their family members. “I would say he wakes up two to three times a week hollering and running in his sleep- because he’s still running out in the jungles,” explained his wife, Pamela Gavin. The assistance for Vietnam Veterans from the government upon their return was inadequate and considered now, inhumane. Many American’s are just learning about the damage on those who were not treated when returning from war.

Along with the mental injuries came physical injuries as well. “In 2010, the government finally admitted it was the cause of what was wrong with us,” Gavin stated, referring to the tactical biochemical “Agent Orange” which was used to kill foliage in the jungle. When used, the U.S. troops were exposed to this dangerous chemical. Agent Orange has caused dozens of diseases in Veterans. In fact, the U.S. department of veteran affairs stated, “Veteran affairs has recognized certain cancers and other health problems as presumptive diseases associated with exposure to Agent Orange or other herbicides during military service.” Those men who fought for the United States are still fighting today, within their own bodies.

Even though American’s fighting in Vietnam experienced tragedies and losses, there were memories that added lighthearted moments in times of need. “We had a pet rat, Waddles. He was huge. He would come up to us and we’d feed him to get him more fat.” The pets, brotherhood bonds and experiences helped enlighten the feelings of fear in those fighting. Gavin’s brother was also involved in the war. He recalls a time his brother didn’t answer the letters from his family. “My mother actually had the red cross go find him out in the field, because he wasn’t writing,” Gavin recalled. He explained at the time, these events were hard to deal with, and painful to endure, however he now laughs at these memories because it’s his way of coping with the events. The Vietnam War was controversial and devastating, however the troops that fought for the U.S. and its citizens will be remembered now as heroes as long as history is taught.