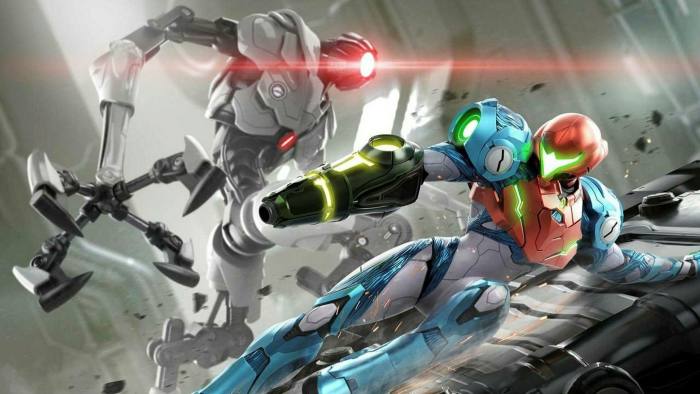 Metroid Dread is the first full 2D Metroid game on a home console since Super Metroid back in 1994, and so it’s been met with high skepticism. Released on Friday, October 8th, this is prime time to review it. Metroid was never a favorite anywhere, skipping console generations and getting thrown around by Nintendo. To be fair, it makes sense; with Metroid being a tonally dark franchise (based on Ridley Scott’s Alien) using its dark and grimy atmosphere to draw people into its games, it doesn’t mesh well with Nintendo’s branding of being a lighthearted game franchise. And so, when a Metroid game was made, it was a big deal to explore the dark and gloomy caverns of an extraterrestrial world.

Metroid has been hallmarked as one of the masterpieces of gaming by many game sites and by fans… until Other M, released in 2010. Other M was such a disappointment that Nintendo put the main series on hold for 7 years. In 2017, there was a revival of the Metroid series, returning to form with a remake of the second game, Samus Returns, made by a Spanish company, Mercury Steam. With the poor sales of that game, we never thought that the Metroid series could continue. There was no news until earlier this year, where out of the blue Metroid Dread was announced.

Based on a title that was shown for the Nintendo DS but never released, Metroid Dread was created by Mercury Steam and would be released on the Switch. Fans were thrilled to get another 2D Metroid made by a team that knew what they were doing. Maybe this would finally be the true rebirth of the series?

The game feels excellent to control. Samus Aran, the main protagonist, has never felt better to move around the map. She flows like water, her natural movement is fast enough that you can feel the speed. Aiming her arm cannon is also a breeze as the game takes the 360 degree aiming from Samus Returns and adds in all of the quick missile and beam switching from the series history. Samus Aran plays like the experienced warrior that her adventures have made her. This bleeds right into the cut scenes as well, with Samus being so fed up with every boss and enemy she has to face, casually pointing her arm cannon at the monsters. It isn’t so much that she is “showing off” to the audience, more like she is completing a job that she “has to do,” and it’s the best direction for the character yet. She isn’t a blank slate either; we get to see her fear, her anger, and her sadness, without so much as a single word.

Metroid Dread is both a celebration of everything that came before and also an abandonment of consistency. The most notable difference when you pick up the game is the aesthetic. Metroid games always have a way of feeling damp and mossy, but Dread forgoes that in exchange for a crisp and cold sci-fi feel. It still has jungles and lava-cased caverns, but they flow in and out of polished white laboratories. Inhabiting these laboratories are killer robots called “EMMI” who hunt you relentlessly and can kill you if they come into contact, giving this game the subtitle of “dread”. Overall the EMMI works to grow fear and paranoia in the player as they crawl through the lab, trying to make it through to the caverns of relative safety on the other side.

Although, the aesthetical choices they were trying to push didn’t land perfectly. The biggest feeling of dissonance I had playing this game was with the music, as it is way more ambient in nature over the muggy groves of previous games, yes the point was to sound un-Metroid, but it got to the point where I honestly could not remember a single track as they all blend in together in computerized boops and beeps.

The more seeping (and less obvious) feeling of dissonance comes in the form of the map. Metroid is all about the map, as shooting weird aliens would get boring after a while without a world to explore. In Super Metroid, the world was Planet Zebes, the deeper and deeper you go into the planet the more dangerous and maze-like it gets, and the dread slowly seeps into your controller as you keep pushing further and farther down until you don’t think you can get back to the surface, carried further into the depths because of pure curiosity. Metroid Dread feels like stealing your parent’s car, a fun experience with uneasiness bubbling over the surface, you aren’t able to sit back comfortably as you worry about getting caught. There is a fundamental lack of connection to the player, and I think it is because of the map. A Metroid map is a maze, with shortcuts and dead ends and all sorts of mystery that bends in and out of each other in a way that does not feel crafted by a human, “zones” of the map interlocking in logical ways as the planet you are on comes alive under your feet. Metroid Dread throws out map realism and focuses more on the speed of the journey. Shortcuts are replaced with huge tram cars that take you to another destination, elevators take you vertically up to the next location, none of it feels like a connected world, more like blobs of a map that is connected by string. This ties into the game’s teleporters, a lovely addition for convenience, but they simplify exploring the maze by putting you exactly where you need to go.

Metroid games should test players’ recognition of the map, as with each ability they should know where to use it to get further down. It’s like keys to a door, but the key is a space double jump and the door is a ledge slightly too big for Samus to jump up. super Metroid and other Metroidvanias like hollow knight or Castlevania should not tell you where to go at that moment, it should be up to the player to figure out the puzzle for themselves, the reward being the satisfaction of learning like you’ve mastered the terrain of the world. Metroid Dread does not do that, Metroid Dread puts you exactly where you need to go. It isn’t the biggest abandonment, as the discovery is still there somewhat, but it is in no amount like a pure Metroidvania.

And what is with where you start? The game starts you at the bottom! That was the biggest insult to the Metroid formula as since it starts you at the bottom there is no natural progression of dread! It’s an insult, Metroid games are not supposed to go up, they are supposed to go down.it is a fundamental part of exploring an alien world to ramp up the dread. This game does not deserve its 60 dollar price tag for a good movement system alone. Starting at the bottom really just makes it seem like Mercury Steam does not care about the subtle intricacies in the Metroid series. How am I, a Metroid fan, supposed to enjoy a game that hates the concept of Metroid games? It feels like stealing your parent’s car and then driving it into a ditch. Just wait until your insurance hears about this.

I first played Super Metroid the winter of my freshman year. Surprisingly, it did not hold my attention until I finished the game, I played up until the second area of the game, getting trapped behind a one-way door. I had to make it across a bridge that kept getting destroyed when I tried to cross it. I tried over and over and over again to try and find out how to cross it, but eventually, I put the controller down. It was only months later that I discovered that the game had a run button (yeah I know… I missed a whole button) and I tried again, pushing deeper into the game until I got stuck again. With no clue where to go, I stopped yet again. This continued over and over again, chipping away the game one piece at a time until it finally started to unravel right in front of me, and I finished the game. Then I went and played it again, getting to immerse myself in the atmosphere of the game or trying to see how fast I could make it through the entire game. Super Metroid is 27 years old, ten years older than I’ve lived on this planet, and still, it was able to connect with me in a way I can not describe. For all of its flaws, for all of its cryptic moments, it is a work of abstract art. Super Metroid feels like it was made by one person, the love and the heart in the game can be felt as you explore pixel-perfect halls of dense overgrowth. But something so good can never last forever.

The creator of Metroid, Gunpei Yokoi, died in a horrible car crash months after super Metroid’s release. If you look at the 15 person team of people that worked on super Metroid, no one has a leading role anymore. 27 years leaving them in advising roles, left the videogame industry, or dead. Literally speaking, Super Metroid can never happen again.

So expecting dread to feel the same is a foolish notion, a new start for the series needs a new start, not a return to form. Dread should not need to check if the boxes set by Super Metroid to be good, it needs to do its own thing. Metroid Dread starts at the bottom so that it feels different, that it feels like something new for the series. Metroid Dread is like stealing your parent’s car, you expect it to go exactly like how you’ve seen on TV and movies, but you aren’t going to get a Farris Bueller’s Day Off, you aren’t going to be able to sit 100% comfortable in your chair, but you will have a good time. Sure, there is a disconnect between modern Metroid and the Metroid from days past, but that should not reflect on dread. Its problems are still there, the world map is far from perfect, and the music is just passable, the atmosphere does not hit the peaks of the series past, but it is an enjoyable time and that’s all I can reasonably ask for. I give Metroid Dread 8/10