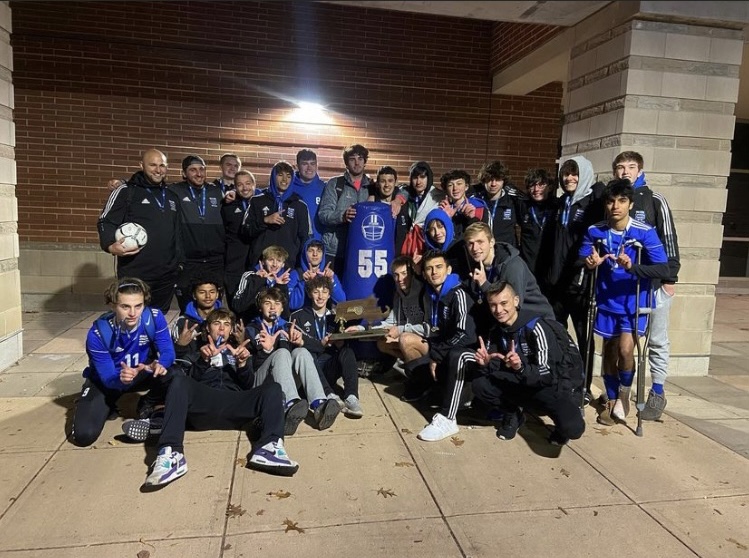 Boys Soccer team takes the State Championship title after their win against Canton on Saturday, Nov 20.

On November 20, 2021 the boys soccer captured the first Division II State Title since 2013.

“It didn’t feel real at the moment. The adrenaline after the final whistle, hearing the crowd and seeing your team you worked with rush the field felt unreal,” said Garett Daley, a senior and one of the captains of the boys soccer team. With a score of 2-0 the boys soccer won the state championship playing against Canton. The game took place at Leominister where many of our fellow classmates went to support the team.

What made the boy soccer team even better was their coach, Mr. Gumlaw who supported and helped them in every way he could. “They are an amazing group of young men who were determined to reach their end goal. They played a tremendous tournament against really strong competition. We couldn’t be more proud of them, they deserved everything they got!” said coach Gumlaw. For him coaching high school soccer is so much fun because, “You never know what to expect,” he said. For Cathal Carney, goalie and captain of the team, winning Saturday’s game “felt surreal” he said, “it didn’t set in until days after we achieved it. We just gelled perfectly and we really became unbeatable.”

Congratulations to the boys soccer team, and the eight seniors graduating this year!