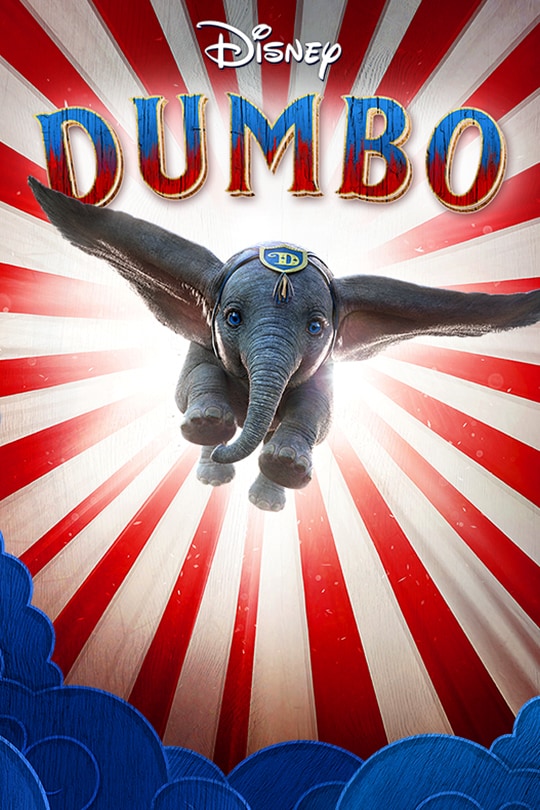 While Disney continues to remake classic films, many were better as originals including the remake of the classic Dumbo.

Live-action remakes. Disney’s money continues to grow as each year one of these movies becomes blockbuster hits making millions in the box office. Yet the movies themselves don’t necessarily have to be good. Since the early 2010s, Disney has released a live-action version of a classic Disney original film (most of them are animated). It seems that since the release of the 2010 remake of Alice in Wonderland, Disney saw big money in making both a modern and star-studded film with actors and actresses and giving them a chance to play iconic and classic characters that so many generations saw on the silver screen as animated. That being said, with the increasing number of remakes that have been released since Alice In Wonderland their are some that are worthy of a watch.

In 1967 Disney adapted  Rudyard Kipling’s “The Jungle Book” into an animated feature film. This specific film is mostly known to the general public as the “original” Jungle Book, as it is the first to make it into a film. This is also the last film to be produced by Walt Disney himself, who passed away during the production. It is safe to say that the animated version of The Jungle Book is the most recognized by the general public. It took me years to realize that the story of Jungle Book is not from Disney. A year before its release date of April 4th, 2016 Disney announced that the much-loved animated movie The Jungle Book was going to get its live-action remake. The general plot is, after being abandoned a human baby named Mowgli is taken in and raised by a pack of wolves and is living in the animal kingdom. As he grows though, a wise panther from their village named Bagheera thinks it’s unsafe for Mowgli to be with them as Shere Khan who is a tiger wishes to attack Mowgli since he is a human man. Bagheera volunteers to take Mowgli to the man-village, but Mowgli is not happy with that decision and they run into Baloo the bear who lives a free lifestyle in the jungle, and this begins the much-remembered relationship between Baloo and Mowgli, with the song “Bare Necessities” being the most remembered. Flash forward 50 years later and Disney did capture the carefree nature of the story again. Technically speaking, the 2016 version is not a live-action movie (apart from Neel Sethi who plays Mowgli) because Disney used CGI (Computer-generated imagery) throughout most of the film. Now the good thing about this, is that the directors manage to pull off characters like Bagheera and Baloo in a way that captures the essence of the original. To end, according to rotten tomatoes the film got 94% and 86% on the audience score and most people would agree that this film is the perfect example that when done right, using modern technology like CGI can work to be better than its predecessor.

Next is the 2015 remake of Cinderella. Now the story of Cinderella has been retold many times in many different ways not just by Disney but in Hollywood as well. Most of us in the general know Cinderella the character Cinderella and the story through and through. This specific remake is Disney’s recognized version of the live-action of the story so when I think of the human form of Cinderella herself my brain immediately thinks of Lily James (the actress who plays the titular role). Personally, I didn’t know who Lily James was before this movie, but she is totally brilliant as she brings other subtle ideas into her role. From the beginning, she speaks her mind to the prince and he chooses to respect her for it, which is an incredible addition to the story we all know.  This is one of the rare occasions where I feel like Disney actually tried to improve the details while making a live-action remake. Down to the design of the costumes in this film, they were exactly how I would imagine and feel when watching the real-life version about a story of an over-work stepdaughter becoming the princess of their village, marrying her Prince Charming. I also appreciated how Ella (Cinderella) always has courage and kindness as her mother told her and kept that promise. Ella is shown to really enjoy her life and does believe in magic despite everything and that to me really captured who Cinderella the character really is. The film made 542.4 million in the box, has 84% in rotten tomatoes and it was even nominated for best costume design in the 2016 Oscars.

The next remake,  2014 Maleficent, is a film from the point of view of the villain. Again, I do appreciate when Disney put effort into remakes. Although it made 758.5 million in the box office (twice more than 2015 Cinderella), reviews were mixed on this one. The professional critics were not very moved by this movie, but average viewers left mostly positive reviews. Considering the story of Sleeping Beauty, the film took an edge with Maleficent (played by Angelina Jolie) and to me, it gave off a Lord of the Rings vibe. The graphics in this movie are fantastic, had good special effects, and cinematically it looked like it had a Wizard of Oz influence. It also had some funny dark humor which can bring mixed reactions. I honestly would have liked it more if there was more of a back story to Maleficent’s character.

Although the following remakes that were listed were genuinely good films to sit and watch, Disney remakes are often met with criticism and at times for good reason. A great example is Dumbo, the story that should be left completely animated. The animated movie was made in 1941, nearly 80 years prior to this film in 2019. The story is about a baby elephant named Dumbo who is born to a circus but gets shunned for having big ears. He then gets taken away from his mother who goes on a rampage. Later he makes friends with a mouse and after there is an unfortunate scene where Dumbo gets taught to fly by a herd of birds which the scene includes bunch of racial stereotypes.

Dumbo then becomes the main attraction at a circus and he lives happily ever after and yes, that is where the story ends. So of course in 2019, Disney decided to remake this story out of all of the stories they could have chosen to destroy, they decided on Dumbo. To add insult to injury none other than Tim Burton directed this film. The problem with Dumbo is that it is not a great story, to begin with; it never was and it never will be(as Disney proved with this “film”). If anything, making it live-action made it worse somehow. Although the story of Dumbo is boring and was never my favorite to begin with, at least with animation the 1941 version was watchable in animation, strictly animation. The 2019 version got 46% in rotten tomatoes, which isn’t horrible but considering it’s directed by Tim Burton it was expected to do a lot better. The film made a lackluster of 45 million dollars in the US and Canada on its release date. Overall, I just don’t feel like Dumbo, in general, needed a remake. I don’t feel like the story is strong enough let alone make an entire remake with high-quality CGI, it simply should have stayed in the past. 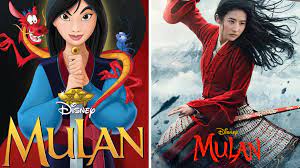 Now onto the most hated live-action remake, which I personally despise too. Despite the positive reviews under the 2020 remake of Mulan, it really makes me think that the critics watched the animated Mulan by mistake and wrote all those glittering reviews under the wrong version, but I digress. Let me start with the only positive part about this “remake”, the visuals. The camera work that director Niki Caro did looked amazing on my brand new TV. That’s it, that is the only positive aspect I found in this movie. Now let me start by saying, this so-called “remake” only really subtracted from what made Mulan a wonderful story. At first, I was open to the idea of not having Mushu or Li Shang in the film. Maybe without these characters, the story could become more mature or become more modern. Nope, all of that is thrown into the trash and cut to important parts of the story so fast that in the end it just looked like plain old lazy storytelling. The part when Li Shang finds out that his father is dead in the animated version is way more gut-wrenching and hard to watch, and  again that was done through animation. The movie could have used the live-action feature to enhance this important turning point in the story and make it even more realistic. Oh, wait! Li Shang isn’t even a character in this remake!  Seriously, this entire movie is a disappointment to sit through and watch and the bar is so low for a story like Mulan that is so high. Regardless, the film has 73% in rotten tomatoes and although movie critics eat this movie up, I refuse to even say one more good thing about it. Zero out of ten.

Now that we’ve given you proof that the Disney originals are better than the remakes, you’ll have some evidence to back you up when someone on Twitter tries to debate with you claiming that Disney is trying to make you feel like a kid again with their “nostalgic” remakes.