Favorite Films To Watch During The Holiday Season

'How the Grinch Stole Christmas' is just one of the featured films in the Terrier Times staff picks of holiday favorites.

The holiday season comes with a return of everyone’s favorite classics, from a variety of masterpieces like Home Alone, Elf, and The Polar Express everyone has at least one film they’ll never grow tired of. As the weather grows colder and the holiday season approaches, take time and rewind with Kevin McCallister as his family leaves the country without him, revive Hero’s faith on an adventure to the North Pole, and enjoy some of Elf’s breakfast pasta!

The 2004 film, The Polar Express directed by obert Zemeckis and starring Tom Hanks, Nona Gaye, and Daryl Sabara is a classic Christmas movie that continues to be watched year after year. It is a heartwarming film of faith and tradition, full of adventure and hope for children. 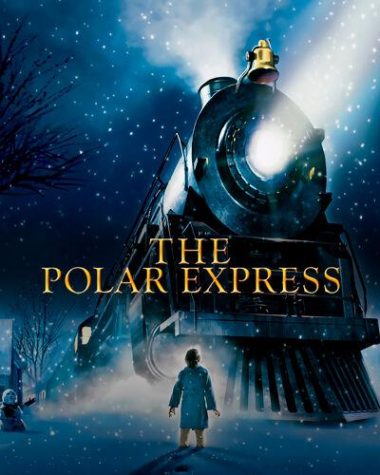 Early into a Christmas Eve night in 1956, a little boy in Michigan who is starting to doubt the existence of Santa Claus, sees a magical train ride coming up the street while laying in bed about to fall asleep. He is soon after invited onboard by the conductor and after declining, he ends up jumping onto the now moving train,  joining a few other kids on their way to the North Pole. The journey to Santa and the elves is one of friendship, laughter, and fear. Although he is the main character, the director and writers never gave the boy a name. Instead, he is referred to as “hero boy” throughout the film. The film contains the same plot as the novel it’s based on, The Polar Express by Chris Van Allsburg, with a few minor details. In the book, the little boy is told by a friend that there is no such thing as Santa, while in the movie the boy has found his own reasons as to why he doesn’t exist. During the film, the boy also denies the conductor’s invitation at first, and ends up jumping onto the train while it has already started to move, but in the book he is helped aboard by the conductor. Lastly, in the book the train never makes any stops as it’s headed to its final destination, but in the film the train stops quite a few times. Once when hero boy ( in the book, his name is said to be Chris – after the author) hits the brakes so another boy can get on, then again in the middle of the lake after the train swerves out of control.

The actors did a great job at portraying the key character roles. Tom Hanks takes the lead with multiple roles, playing Hero Boy’s father, the conductor, hobo, Scrooge, Santa Claus, and the narrator.  Zemeckis even considered having him play every role, but after trying this, Hanks grew exhausted, and they lowered down the number of his roles. Daryl Sabara does a perfect voice over for hero boy, and Nona Gaye for hero girl. They both portray their characters as hilarious and heartwarming as they were written to be.

The film also has an amazing soundtrack filled with holiday rhythms and chorus- filled noises. The most popular song, “Believe”, written by Glen Ballard and Alan Silvestri was what really made the mood of the train ride and the children’s experience at the North Pole complete. It ended up being nominated for Best Original Song at the 77th Academy Awards. This film uses a form of CGI (Computer-Generated Imagery) known as “Performance Capture.” This technology existed in 2004 but was never used as much and highly as Zemeckis originally planned for it to be. The Polar Express was the very first feature film that they had shot entirely by using Performance Capture. This was made possible by the actors making movement and actions that were filmed and then portrayed into an animated look of the characters.

This Christmas classic is the perfect movie to cozy up to alone, or with the whole family during the holiday season. Not only will you be heartwarmed by the characters and the music, but you will also get to get many laughs in, as the film provides a lot of comedic scenes and quotes, along its fantasy-filled plot of Christmas cheer and excitement!

One of my favorite go to holiday movies, Dr. Seuss’ How the Grinch Stole Christmas was directed by Ron Howard released in the U.S. on November 8,

2000. This is a movie I have grown up watching and hearing references to from an early age. Every time I watch it I always seem to love it even more. Now I haven’t quite watched it enough to know all the songs but who doesn’t sing along to “You’re a Mean One Mr.Grinch” and “Where Are You Christmas?” The backstory of the Grinch (Jim Carrey) made you understand his side of the story. The fact that Cindy Lu Who (Taylor Momsen) helped everyone understand and accept the Grinch just gets you into that do good Christmas spirit. In this movie we see the reclusive Grinch, a big green hairy creature, trying to ruin Christmas for the whole town of Whoville, whose citizens take Christmas very seriously. When he comes down from his home on the garbage mountain he encounters young Cindy Lu Who, who despite what she has been told by everyone in her little town takes an interest in the Grinch. Jim Carrey brilliantly portrayed the Grinch giving just the right amount of emotion and comedy. He was able to make you understand the complexity of the Grinch’s character while making sure that you still had a laugh or two. This film provides a great visualization of the book by Dr. Seuss. The famous ‘His heart was two sizes too small’ was brought from the book into the movie as a way to understand why the Grinch is always so ill-tempered. If you are looking to watch a movie that will get you in the holiday spirit, then you should watch How the Grinch Stole Christmas. 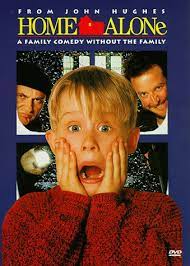 Home Alone is a movie which most of us have seen at least once. It can bring back great memories of being a kid. The main character, Kevin McAllister, is played by the young Macauley Culkin in his most famous role. Kevin, who acts up the night before he has to go on vacation, is punished by his mom who makes him sleep in the attic. In their rush to leave the following morning, they end up leaving him behind. As Kevin thinks his wish has come true, he is met with the reality of two bandits trying to rob his house. While you can’t help but root for him as he deals with the dangers of having to fend for himself against two ruthless thieves, the film also highlights the loneliness of being without your family. The movie was filmed in 1999 in the Chicago area by Chris Columbus who wanted to shed light on how everyone in your life is precious. This theme comes through in the story as Kevin initially feels resentful of his big family, then left out and ignored as he is forced to fend for himself. Overall, he learns to appreciate what he has right in front of him. This movie is great at sending this message as everyone, at one point or another, can relate. As I also have a big family, I too wished that one day I would just be able to wake up to an empty house and do whatever I pleased. It’s also watchable by anyone at any age as there is humor for all to enjoy.  It’s a timeless classic no matter how you view it.  It leaves me still reminiscing about when I was a kid and getting cozy in my house with hot chocolate with my family and enjoying the holidays.

If you’re looking for a fun, comedic Christmas movie with both child and adult humor then Elf is the movie to watch. Jon Farreau directed a classic set in the North Pole and in New York City. It follows an oversized “elf” named Buddy (Will Farrell)  who grew up knowing nothing other then often uncomfortable (due to his size) life he led in the North Pole. He never quite felt like he fit in. After finding out that the reason is because he is not an elf but a human, he goes to NYC in search of his real father. His father, Walter Hobbs (James Caan), is a businessman on the naughty list. As Buddy tries to build a relationship with his father and fit into life in the city, the story offers a funny and heartwarming experience that should be watched by all.

The Griswald family shines in this popular classic filled with holiday humor. As the holiday season approaches, Clark (Chevy Chase) tries to have the perfect Christmas, but in classic National Lampoon fashion nothing seems to go his way. From the side-splitting attempts to put up the Christmas lights to the surprise visit from Cousin Eddy (Randy Quaid) and his family, things get a little complicated. As their in-laws take over the house, grandma arrives with a wrapped cat, the Christmas tree goes up in flames, and Eddy forgets to buy any presents. To add to the chaos, Clark, in a rage after discovering he won’t be getting his Christmas bonus, kidnaps his boss. As the comedic conflicts pile on, you can’t look away. Still, Clark and the family are able to make it work in an old but timeless hit you can’t help but watch year after year.

Want to cozy up on the couch with your family and watch a Christmas movie that is a cheery, feel good film bound to make you laugh and smile? Then it sounds like you should watch Christmas with the Kranks. Joe Roth directs a heartwarming and relatable Christmas movie that every family member can enjoy. The movie starts out in the airport with the Kranks, Luther (Tim Allen) and Nora (Jamie Lee Curtis) saying goodbye to their daughter Blair (Julie Gonzalo), who is going off on a Peace Corps mission. They decide that this holiday they are going to abandon tradition and go on a cruise in the Caribbean. This upsets their neighbors Vic Frohmeyer (Dan Aykroyd) and Walt Scheel (M. Emmet Walsh) who want to win the ‘‘best decorated street’’ award. Suddenly, their daughter says she is coming back for Christmas. They are scrambling to get everything looking holly jolly. This is one of my personal favorites because it is funny and not your typical Christmas movie.