Athletes Reflect On Season From This Year To Last 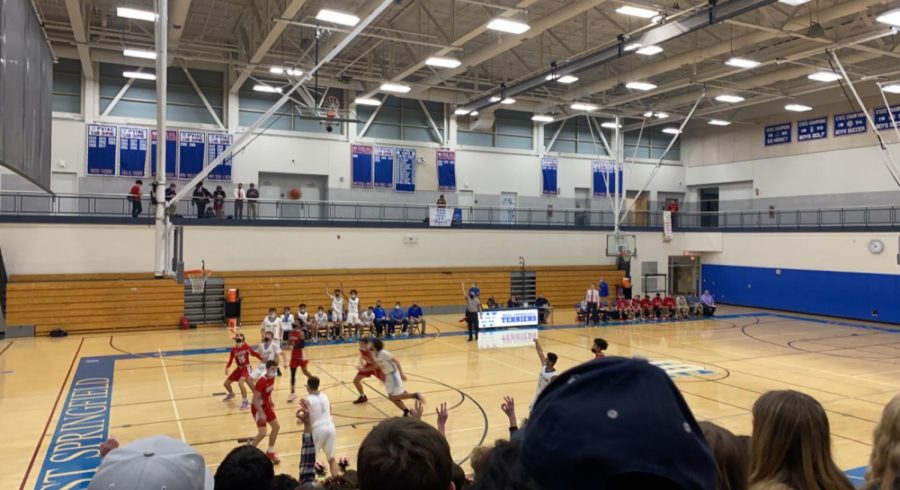 West Side basketball takes on East Longmedow at home.

2021 has been a successful year for sports so far. Soccer won the state championship, football won their traditional Thanksgiving football game, the wrestling team was able to compete, and fans were finally able to attend games and cheer for their favorite teams.

Last year, there were many restrictions but now, for most sports,  the only mandate in place is the mask policy. Athletic Director, Mr. Doulette, explained, “We have the restrictions to wear masks inside. We really encourage students to use their own water bottles, just a general rule.”

For some games, students need to wear masks while playing, for example basketball. Basketball is an indoor sport which requires the students to wear masks while playing their games, even the spectators. But as usual not many spectators follow the mask policy.  What also changed this year was the sports seasons. Last year, they had to be cut short because of the rising of Covid numbers. “Last year we had to modify seasons and cut some seasons short too. We only had one state tournament last year where teams such as Girls Lacrosse, Boys Lacrosse, and Baseball competed. This year, we will have three seasons,” Doulette explained.

As we know, the boys soccer team won the state championship, something they didn’t have a chance to do last year. What made it better was there was a fan bus for the students who didn’t have transportation to see the game. Last year, students and families did not have the opportunity to attend games and support our teams. This year fans were able to go see our football team win the Thanksgiving Day game along with all other sports that competed at Clark Field or at WSHS.

Swimming was one of the sports that did have meets in-person during the pandemic. The swimming meets were done virtually, but this year in-person swimming is back with competitions and fans.

Wrestling was one of the sports that did not have games,  just practices last year. This year, wrestlers are back on the mats practicing and competing.

Indoor track happened during a different season last year because covid cases were rising. At the start of this year, it was unclear whether or not indoor track would be able to compete. However, Mr. Doulette explained, “Indoor Track is happening but the PVIAC(Pioneer Valley Interscholastic Athletic Conference) can not find a local venue (typically Smith College in previous years) willing to hold our league meets.  Options are very limited and currently we are looking at venues such as the Reggie Lewis Center and recently just competed at Wheaton College.”

This year instead of indoor track having 7-8 league meets they’ve only had four. The coach for the boys track team, Mr. Weber explained, “We started the season with none, league meets only on Sundays (except for this Friday at Wheaton College. Less athletes  are allowed to compete, and there are no league championships.”  To attend league meets, runners are required to show proof of vaccine or proof of a negative test.

Student athletes expressed different feelings about the whole transition  from last year’s season to this year. For Jose Acevedo (senior and captain of the boys soccer team) the pandemic did have a positive impact on and his teammates looking back. “It brought us closer because we spend a lot more time together at practices, every single day because of the pandemic we couldn’t do much else.”  The practices brought them all together, even though they had no games, practicing together helped with team bonding which was apparent in their performance on the field this year.

This year’s winter season has begun and, for the most part, is back to normal. Last year not a lot of teams could compete in the winter season and many teams’ seasons had to be cut short. Now, all sports are back. The Boys and Girls Basketball team had their first game on Friday, December 10, 2021. The only restriction the spectators had was the mask policy as all participants and spectators must wear masks indoors.  As Covid numbers and MIAA regulations dictate these regulations, athletics remain in flux.

However, we can all agree for West Side sports, this year is a major improvement from last year.