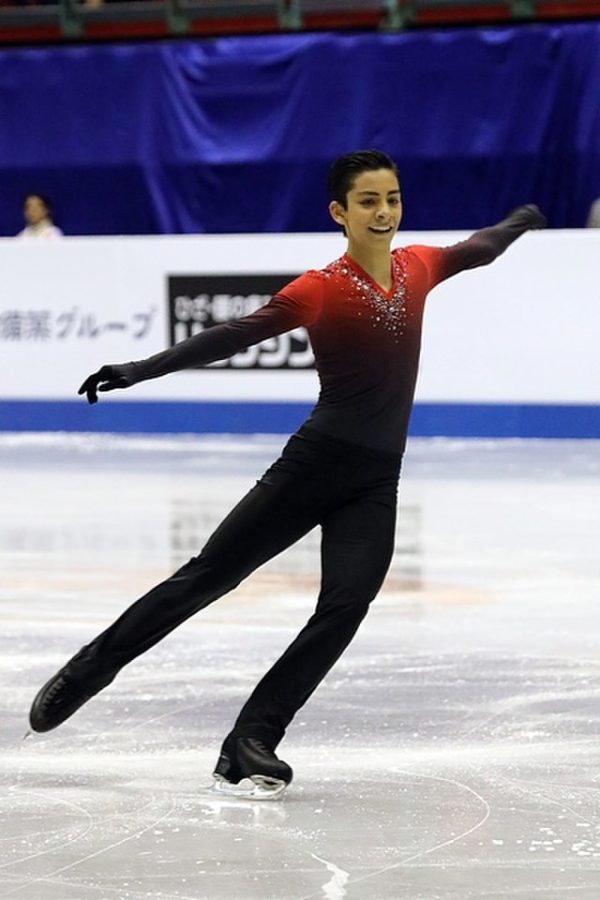 In Mexico, soccer is one of the most popular sports for boys, but not for the 22-year-old Donovan Carillo. Besides being Mexico’s first Olympic figure skater in 30 years, he made history by becoming the first Mexican figure skater to advance and qualify for the free skate at the 2022 Winter Olympics in Beijing.  Although he did not earn any medals, competing at that level was, “a dream come true,” said Carillo in an interview with NBC News on February 8, 2022.

Carillo is a four-time Mexican national champion and was a silver medalist at the 2019 Philadelphia International. At six ISU Championships, he has competed in the final section – two World Championships, three Four Continents, and the 2018 World Junior Championships.

Donovan started skating when he was nine years old. Dafne, his sister, was the first to figure skate in his family.   In an interview with The New York Times he revealed that the reason he started skating was for a girl he fell in love with who he met when he picked up his sister from figure skating practice. Donovan said he had a crush on this girl named Lisa. “She was the reason that kept me there,” he said. He never thought this would be the start of a journey that would lead to him becoming the first Mexican figure skater to qualify for the Olympic free skate.

For Donovan, skating in Mexico was a challenge. People would judge him by saying figure skating is for girls not boys, but Donovan didn’t mind. “People think that the artistic sports are only for women, so that’s something I had to fight when I was a kid…I always skate because it was something that I was enjoying,” he told USA Today.

Carrillo had to overcome toxic machismo and bullying as a child, which discouraged many men from participating in creative sports like figure skating. Carillo’s parents helped him overcome the toxic machismo telling him, “As long as you like it and you know who you are, it shouldn’t affect you. If you are gay, we’ll support you. You shouldn’t feel less than or different.”