Jobs Before West Side

It’s important to get out of your comfort zone if you want to succeed; here are some familiar faces and what they did before finding their way to West Springfield High School: 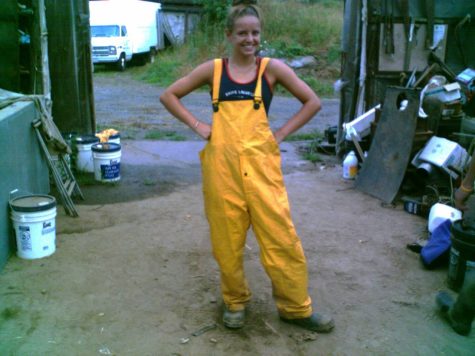 “I was a farmer! Sometimes they would have me work in the fields. Sometimes I would pick the berries, fruits and vegetables… Sometimes we would have to do some harder stuff like move the pipes or fix the fences. One time they had nothing for us to do so they told us to gather rocks!”

“Honestly my weirdest job was when I was a teenager. Starting from like sophomore year until I was a senior I worked at one of those old-school shoe stores. And since it was so old-fashioned I would have to make sure to measure people’s feet before I brought the shoes out. It was a good job but out of all of the jobs I’ve had that’s probably the weirdest.” 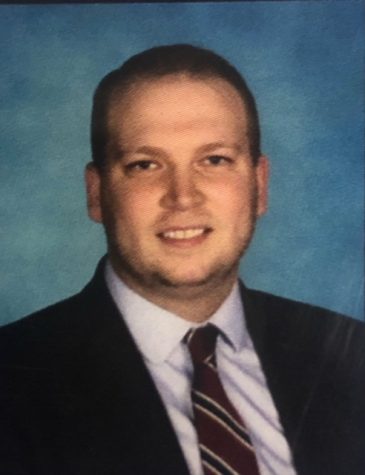 “I used to work at a liquor store in the town I went to college- out in Dudley Massachusetts. I was just looking for some part-time work to get me by while I was in school. When I applied at the liquor store I thought I was going to be working at the desk selling stuff but they actually ended up putting me in the back.

I had to organize different cans so that they could be sent back to their distributors so the store could get their money back for them. I had to work with conveyor belts while organizing the cans. They also had to be separated; like the Coca Cola products would go in one pile, while Pepsi went in another. There were tons of spiders and I was completely miserable- I don’t recommend it at all but you have to do what you have to do to make the money.”

Gargoyles, Grotesques and Chimeras, Newbury Street, Boston, the early 90s. I was 18. The very curious, hidden gem of a shop (even though it was on such a high end, bustling street) sold plaster replicas, plaques and candleholders of imagery from Gothic cathedrals- saints, angels, gargoyles, grotesques, chimeras, various iterations of the Green Man. The shop was on the main floor of a brick row house. The lights were dim. The space was unheated. Objects were displayed on old wooden tables with dried leaves and branches as decoration. Gregorian chanting, T.S. Eliot reciting his poetry, cello music played on cassette tape. The place was like art history meets haunted house. Working there was a distinct part of my early years in Boston as a student at Mass Art.

Since the beginning of time, ghost stories, tales of spirits who have returned to haunt the people or places they left behind, have been told orally, through literature, film and even art.  Many have stories of experiences of supernatural encounters. Whether you believe in ghosts or not, hearing the tales of others can be entertaining or frightening. Below, students shared their scariest experiences.

It was a Saturday summer night around 9 pm. My mother and I were on the living room couch watching our favorite show, Paranormal Activity. After a few scares and screams, we found ourselves searching for an object in the middle of the show that made a huge bang sound as if something had fallen. Searching for ten minutes we see a family picture on the ground that had fallen off the hallway wall that follows through the stairs. We both thought this was the scariest thing that could happen until we made our way up the stairs into my mothers bedroom getting ready for bed. Usually after watching a horror show I would watch something not scary so I decided to watch Icarly and my mom joined. We start to hear a bag ruffling at the end of the bed in the pitch black, silent, empty room, nothing but me, and my mother. The ruffling continuously gets louder and louder until finally my mother took my phone to get the light from the show. She points it to the end of the bed and a black, big, object comes flying at the light and back to the head frame of the bed. My mother and I shove our heads under the covers not knowing what this thing is. We decided in five seconds on a countdown we were going to make a run for it. 5, 4 , 3, 2, 1.. We ran so fast out of her room and into the hallway. Looking inside of the room you could see a bat at the very top of the bedframe just sitting there intimidating the both of us. My grandfather had to come and catch it because we had already run from it, scared enough.

Personally I believe in ghosts and I believe there are positive and negative spirits that exist on Earth. Once when I was a kid I was having a sleepover with my friends for a birthday party. We were out late fooling around in the yard and the pool. One person noticed a human-like figure standing in the woods a short distance away. Next thing you knew we were all staring at this thing trying to figure out who it was or what it was. At first we thought it was a tree maybe but it was too discolored and human shaped to be a tree. We continued to shine lights on this thing but it did not move or budge. Eventually we were completely freaked out so we went inside and into the basement and all we could talk about was what we saw and who it was. Eventually about an hour later we returned outside, deciding to go into the woods with flashlights to investigate it only to find the figure was completely missing and nowhere in sight.

It was a weekend and my parents had gone out to run errands, but my brothers and I knew it was their anniversary and that they would not be coming back home in a bit. I was on the couch and the TV was turned on. I kept it on to fight the loneliness the house can give you when there is nearly no one home. My brothers were both upstairs, probably asleep at this time. I decide I`m hungry and head to the kitchen to grab myself a snack at around midnight. I open the fridge, grab a fruit cup and as I go to close it, I hear my name being called, drawing me to the back door, which also leads to the basement. I couldn’t tell whether the sound was coming from the woods outside or below the house but I knew who the voice belonged to, one of my brothers. He kept calling me to come with him, that he found something. He told me to hurry up and open the door and come help him. I almost did, I was so convinced it was him for the voices were exactly alike, but, It sort of hit me that I had left my brothers both asleep upstairs. So I go back upstairs, open their doors, and surely, I see one asleep, and the other awake, playing a video game. At this point I was terrified, going around the house making sure every door and window was locked, until I made it back to the kitchen. The door there was cracked open. Surely the door hadn’t been left open, I was looking right at it and it was locked tight not even ten minutes earlier. But there it was, not locked, not even shut. I grab a cloth, and pull the knob shut, locking the door. I couldn’t sleep that night, and every night since, all my nightmares end with a boy, screaming into my ear, calling me.

My room used to be my sister’s room before she moved out for college. Recently, I’ve talked to her about how I have sleep paralysis at 11 pm in March and she had the same exact thing happen to her in that room too. A family friend had died during March around that time and that day is just weird in general. My door slams shut or there’s a constant knocking on my closet door. I think it’s her way of letting us know that she’s still with us. I have this plushy of Scooby-Doo that she gave me before she was hospitalized and it will always disappear. My dog always stays in that room with me, except for that day. He growls and whimpers when he gets near it. He’s been doing that for the past five years and he never stays in that room past 11 pm. He’ll always scratch at the door until someone lets him out. My sister and I share this experience, along with a dream where our family friend is standing at the foot of the bed and crying. The only thing that she hasn’t seen is the tall figure that will stand by the door from 11 pm to 11:30 pm, which was when we were with her for the last time.

Everyone’s afraid of something. Here’s some of your classmates and a few of their biggest fears/phobias.

I love the beach and marine life but not knowing what might be in the water is scary to me. I want to be a marine biologist in the future so having this fear might get in the way of some of the work that I have to do. In order to overcome this, I just need to push myself to be uncomfortable in that situation until I am able to feel normal in the ocean and able to get in the water and the first thought in my head is something other than what’s out there, and then going into that state of mind. To cope I would make sure I wasn’t alone and that I was able to get out if needed, make sure that I have certain things ready for if I needed comfort or have somebody there to reassure me to take a breath and look and see that nothing is around, and move around and see that I can’t feel anything under that water and try and make sure I am calm.

“I’m scared of car accidents because I was in one when I was younger and it was very scary. I’ve also known at least four people who have passed because of an accident, who were very close to me. It’s also just the thought of how much trust you have to put into a total stranger and their driving, not knowing what’s going on in their brain or their impulsive actions.”

One time in first grade, we had a show and tell. And this boy brought in his pet snake, and I was genuinely traumatized – my six year old self was genuinely traumatized- and he tried to make me touch it! And my teacher was so excited like oh a snake! I wanted to just punt it across the classroom. I started crying- unfortunately. And spiders, I always have dreams that one day I’ll wake up and there will be a spider in my mouth and it scares the crap out of me.