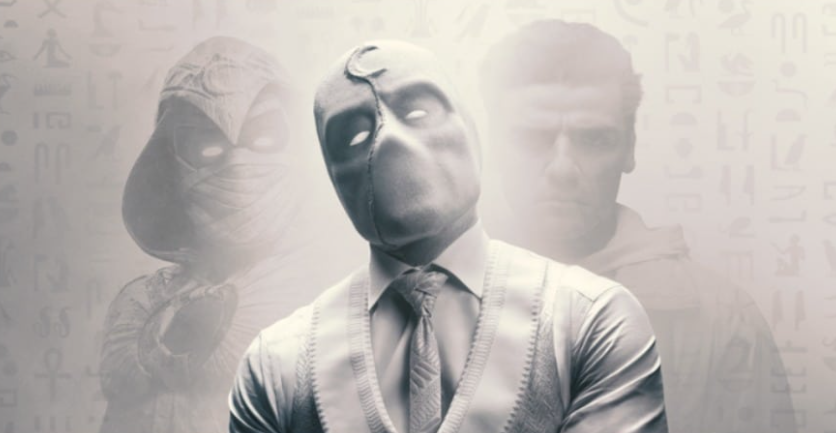 As Marvel’s first episode of the highly anticipated, Moonknight, released on March 30th, critics wasted no time either appraising or disapproving of the series’ pilot episodes. With mixed reviews, Moonknight sets itself aside from Marvel’s past projects as it introduces an entirely new, fresh cast of characters and indulges in Egyptian culture and lore. The series entails mysterious undertones as the pilot episode introduces new monsters and villains to impact the Marvel Cinematic Universe.

Steven Grant, played by Star Wars star; Oscar Isaac, starts the show off as a merchandise vendor, though we quickly see him fall victim to crazy delusions. He hears voices in the back of his head, giant monsters are chasing him through the halls of his museum, and people are suddenly dying around him. The show further hints that Steven is suffering from a high-functioning mental disorder that causes multiple personalities to manifest in his mind- presumably DID (Dissociative Identity Disorder). Steven’s taken aback as his 2nd personality, Marc Spectre continues to surface and speak to him subconsciously. Steven is revealed to be the Egyptian god of the moon, Khonshu’s avatar; meaning he is able to channel his abilities and is obligated to carry on his legacy of revenge. While Khonshu is the god of the moon, he is also the deity of vengeance, meaning that Khonshu- and now Steven and Marc are forced to carry out the god’s will to hunt down those who have done mortally wrong.

While the series’ plot has already proved to be captivating and an interesting take on the anti-hero’s origin story, the show’s lively visuals and effects carry on the MCU’s legacy. There have been no official statements regarding the show’s exact budget, however, according to marvelstudiosnews.com the series, “will cost at least $10 million per episode and perhaps go over $15 million.” With that, Marvel had the freedom to develop convincing action sequences while also indulging in aesthetic backdrops. Within the show’s two pilot episodes, we see various chases, fights, and special abilities- all of which so far have been comparable to Marvel’s larger, more expensive projects.

One review from inverse.com argues that, “the Spector-Grant dynamic also means the show frequently skips over what could have been many exciting action sequences.” While this may be true, as there may not be as much hands-on action as the average superhero show would suggest, the multiple personalities inside of Steven’s head plays a key part in the show and should be expanded on.  The show’s depiction of mental illness is questionable, however, they do make an effort to highlight Steven’s disorder. The utilization of both Marc and Steven is what essentially drives the show, emphasizing the character’s mental illness, and setting it aside from other hero films.

The show isn’t perfect, as its main antagonist is yet another do bad for the greater good cliche. Adding onto Marvels ensemble of stars, Dead Poets Society lead; Ethan Hawke, was casted as the series’ villain, Arthur Harrow. Given his abilities by the goddess Ammit, Arthur is able to pass judgment on others. If perceived as evil, Arthur would drain those victims of their life force. Those who pass, would be admitted into Arthur’s cult, who aimed to bring true peace to the world. While an interesting concept, it’s overdone and at this point, bland.

However, the show has certainly proved to be entertaining and another fun project to be added to Marvel’s list of successes. With great acting, well-executed fight sequences, and a slew of whimsical banter throughout the show- Moonknight shows promise and the potential to be one of Marvel’s best shows so far.