The Field Side Of Track 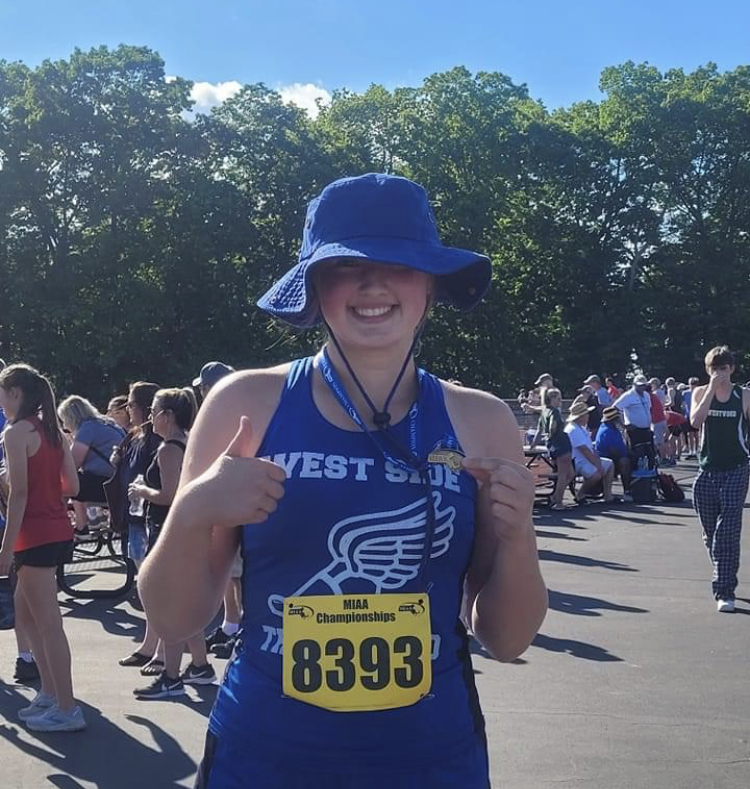 The field events of track and field are often overlooked or cast to the side away from all of the cheering and thunder of the running races. But in its quiet and contemplative distance from the crowds of excitement, something special is to be found. In a lot of ways the track and field events couldn’t be more different and that contrast makes them dissonant, of course, people are going to watch the bombastic high energy races, but they miss out on the quiet sportsmanship of the field events.

Field events are slower, take more time, and most importantly require referral oversight much more than the races. This creates an environment where everyone is more or less “stuck” to each other for long periods of time and between throws and jumps there is a conversation to be had.  Where in a race you would seldom hear a single word spoken between competitors, the field is lively with conversations and new friends.

That’s also without talking about the actual events themselves.  The events include shot put, javelin, discus, pole vault, high jump, triple jump, and long jump, and they all run alongside the race events. These seven sports are technical masterpieces, requiring meticulous control over not only throwers’ arms or jumpers’ legs, but they incorporate almost every single muscle in the body. Taking the time and digging into each sport will hopefully give people some insight and spark an interest in one of West Side’s least talked about sports. 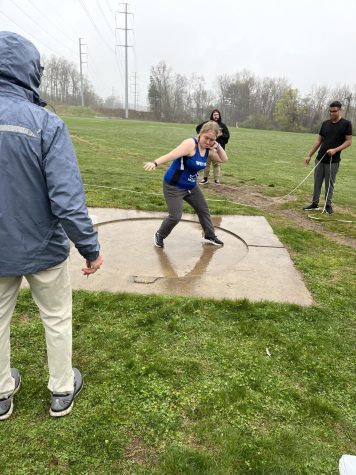 Shot put is a throwing event where the throwers toss a shotput ball as far as they can, sounds simple enough right? Well with a shot put weighing 16 pounds you can barely lift the smooth object with one hand, throwing it like you would a baseball or football borders on impossible. Instead of throwing it and potentially breaking their arms, throwers will instead push the ball from their shoulder, not using a flick of the wrist but all of the upper arm muscles to push it up as fast as possible to get the most distance. Since the ball is so heavy and simply pushing it at about a 45-degree angle would not yield very far results, there are different methods to get the ball as far as possible. Positioning the shot put right below their chin, throwers use one of the three strategies (shuffle, glide, and spin) to generate momentum before letting go and pushing the shutout. The current world record is 76 feet and 8 inches, and the school record for girls is 34 feet and 6 inches which Hannah Debian set in 2022. Finally, the boy’s record for the spring season is 46’1″ and was set by Connor Daley. 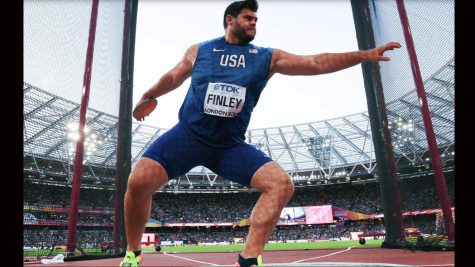 The discus (or just disc) is a lot like shot put; to get the best distance with the small disc, you have to find new techniques rather than just throwing the disc and hoping for the best. The disc is made entirely without any finger holds, usually made out of plastic, wood, and fiberglass, and is just a little larger than your hand. There are a few different ways to throw it, most of the throws consist of sending the disc like a Frisbee and hoping it catches lift and soars through the air. The world record for discus is 251 feet. The girl’s school record is 110 feet and ten inches, set by Kathie Golash in 1982. 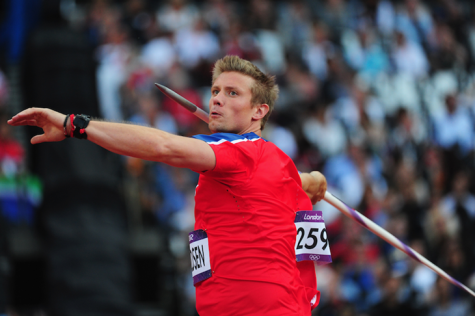 A javelin is a spear-like object that is thrown for the most distance, the regulation spear is 2.5 meters in length and weighs 28 ounces, it is usually made out of steel or aluminum. Unlike the other two throwing events, you do get a running start to this one, positioning your arm with the javelin behind your head as you do, and once you get to the designated spot you chuck the spear into the air as far as you can. Overall, if you don’t have the speed at the beginning, the spear won’t go far at all, and therefore it is the most unlike the other field events. 98.48 meters is the current world record for how far a javelin can be thrown. This event also prohibits unorthodox methods for getting the javelin far, for this event, there isn’t much variation that you can use. The school record for girl’s javelin is 113 feet and 10 inches and was set by Hannah Sconkin in 2016. 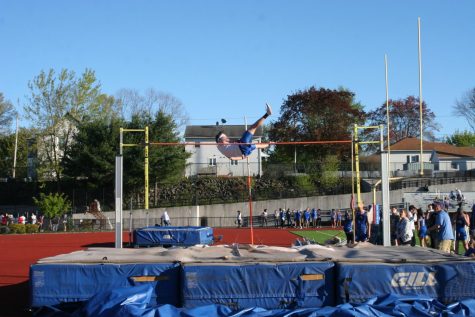 Pole vault is a field event that everyone has at least heard of, using a pole to get over a high bar, but many people have never seen it. Like high jump after it, pole vault is done like a limbo game that you have to get over, not under, and the higher and higher you get the more the bar goes up until you can’t make it over anymore. The pole is lightweight and made out of fiberglass, at about 17 feet long, it is large and unruly, but a good vaulter can make the size work in their favor as they use the bend of the pole to well… vault themselves over. Currently, the world record for pole vault is 20 feet and 4 inches. The girl’s school record is 6 feet and 6 inches set by Emily Bergeron in 2021.  The boys school record is 13’9″ 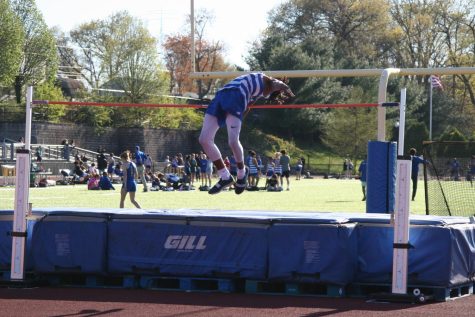 The three jumping events include high jump, long jump, and triple jump. They all revolve sound getting your own body as far (or as high)  as you possibly can without any help from a tool like a pole vault. For all the jumping events, you take a running start to get enough momentum to launch yourself. They participate on the inner side of the track where the material of the running track will give jumpers more traction to grip onto the ground and gain extra speed. Triple jump is a bit different from all of the other field events as you don’t get one action, you get three, as after a certain amount of running you bound off and jump three times trying to make it as far as possible. The high jump is a lot like a pole vault. The only difference between the two is that pole vault has a pole and high jump is on your own merits.

The world records are;

high jump- 8 feet and a quarter of an inch high

and our school records are;